European Week of Sport keeps on growing. Budget for sport will be doubled 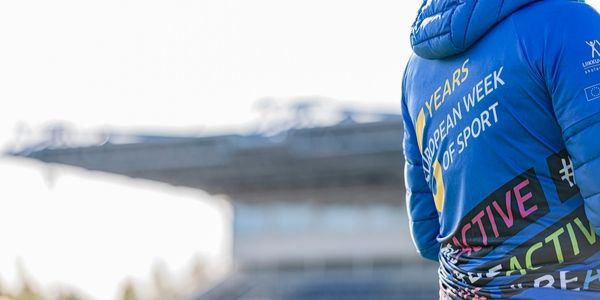 European Week of Sport keeps on growing. Budget for sport will be doubled

The official opening on 22 September of the 5th edition of the European Week of Sport (EWoS) was held in the Espoo Sports Park on the outskirts of the Finnish capital Helsinki under a bright sun and frisky weather conditions.
In the presence of EC commissioner for Education, Culture, Youth and Sport Tibor Navracsics and of EC Commissioner for Jobs, Growth, Investment and Competitiveness Jyrki Katainen thousands of schoolchildren enjoyed themselves in all kinds of activities such as sumo wrestling and outdoor bowling.

The EWoS launched in 2015 and taking place every year from 23 to 30 September was created by the European Commission with 1 goal: to promote physical activity and sport all over Europe. Since the first edition in 2015 in Brussels, the EWoS has grown dramatically from 5 million participants to over 13 million in this year’s edition. More than 50 000 events were organized spread over 42 participating countries and 47 partner organisations.
The week is traditionally structured around 4 focus themes, namely sports clubs and fitness centers, outdoors, education environment and workplace.

In the Monday 22 September afternoon session, commissioner Navracsics emphasized rightly that sport has a unique power to break down barriers and proudly announced that the European Commission has proposed to double the budget for sport to € 550 million in the future to boost physical activity essentially among young people.