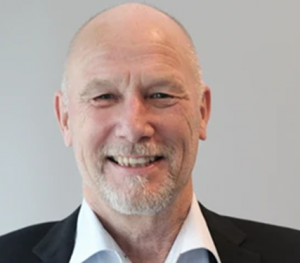 • volunteer or professional in company sport:

-volunteer (chairman) in the local company sports association in Hillerod

medium education: first in sales and trade - then as a police officer

football, football and football – and then all kinds of sports ….. even curling!

2. Specific realizations/achievements throughout your professional and company sports career?

- Member of EFCS Executive Committee since 2003

3. What was your ambition when you became an EXCO member?

- To make EFCS a more significant player in the European landscape, aiming at making national Company Sports Organizations / Sport for All organizations the preferred partner when it comes to sport, exercise and health in relation to work

4. What do you want to achieve in EFCS in the coming years?

- To help adjust, develop and implement health and exercise campaigns

- An even closer link/contact with the EU

5. Have you specific thoughts/suggestions/ideas about company sport in general?

- I am concerned about how we can secure the necessary volunteers in the local associations. However, this is unfortunately / fortunately not only a challenge for company sports but for the sport in general.

6. Are there specific aspects in EFCS you are interested in and that you want to see being developed?

- My big wish is that EFCS could "invent" an activity/a campaign that could be implemented throughout Europe so that EFCS is not only known for ECSG (Company Games); for example a European "Workplace Exercise Day" (or week?), that could easily be part of the EU project European Week of Sport.

I have been a volunteer in different sports, scouts and social associations for more than 52 years!

A little ‘funny’ story: In my time as President of the Danish Federation for Company Sport, I have ‘survived’